Investors believe they have found all the right reasons to stick with their select stocks as the markets continue to move higher, possibly climbing to even inane levels.  Are their decisions based on REAL facts or simply subjective greedy and emotional reasons to stay in the elite’s game?  All good things (fake also) must come to an end and when it does no one will be able to react quick enough to save themselves, as flash trading is the rule today.  Sentiment for gold and silver continues to be weak with prices stuck.  Reports of a stronger dollar (fake) and stagnant inflation have failed to move metal prices higher.   The 98% continue to believe that the U.S. economic data and expectations are good, honest and factual (fake) and that the Federal Reserve will continue on its current course of reducing and ending its money printing effort by year end (fake). 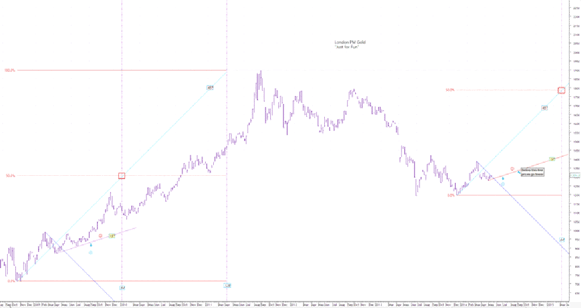 The unsure economic climate of the entire world today has propelled nations to direct significant amounts of their wealth to the accumulation of gold as a means of protection and insurance against the continually devalued U.S. dollar.  Russia and China are using defensive measures to protect themselves and have developed an insatiable appetite for gold.  China most likely owns 20,000 Tonnes currently.  Storage however is always the issue in owning silver and transporting 1.3 M Tonnes of silver (if needed) just doesn’t make sense for any country.

Last year the Indian government increased the duty on gold imports and then silver demand skyrocketed and imports tripled to India. Indians prefer gold as their store of wealth which they choose to wear it as jewelry for adornment and purchase as gifts for weddings and other celebrations.  Gold is their show of status and wealth as our vehicles are here in the U.S.  However cars never increase or hold their value now do they?

Here in the U.S. silver, the poor man’s gold, has seen unprecedented demand since the price dip in early 2013 from 2011 high of $49.  Over the past year we have seen supply availability constraints particularly as demands for silver have increased as prices have fallen.  We recognize that producers continue to have higher costs and have pulled back on mining and exploration.

The U.S. Geological Survey just reported February 2014 that silver mine production declined more than 13% over the same period a year ago.  U.S. mines produced 87,800 kg of silver last December compared to 101,000 kg in December of 2012.  Silver is becoming a relatively scarce commodity, yet plentiful today and the least expensive.  The world’s usage of silver has depleted silver inventories 90% over the past 75 years and yet the ratio’s remain the same.

Silver is a by-product of gold, copper, lead and zinc mining.  It is a necessary component used ever increasingly in industrial uses for computers, new I-pads, and cell-phones, imaging equipment, photography, jewelry and government’s coinage.   Silver is also used in a multitude of vehicle production components due to its super conductivity.  Silver’s highly diverse superior properties make it a highly desirable industrial component as it is sensitive to light, malleable and ductile, possesses electrical and thermal conductivity, reflectivity and can endure extreme temperature changes.  Demands on silver represent 95% for industrial uses while only a miniscule 5% portion of the silver supply is used for bullion.  Today colloidal silver is recognized for its anti bacterial components and silver is often used in water purification.   Silver’s unique properties continue to allow scientists and engineers to conduct innovative research that will insure that silver continues to positively affect the way we live.

Silver is indeed a beautiful store of value but today this metal is much more with significant demands in service sectors that we have never seen before in our lifetime.  Silver has simply become an INDISPENSABLE commodity which will continue to improve our quality of health and our lives.  In my opinion everyone should be bullish on precious metals but particularly for silver!

www.whynotgold.com is a REPUTABLE brokerage offering silver and gold at transparent pricing at just 1% and less commission on purchases.  Roxanne Lewis is a precious metals broker with a B.S. Degree from Iowa State University of Science and Technology with 35 years experience in management, investing, personal property developments and business development.  I feel compelled to educate others, at this time in our countries history and our lives, to DEFEND our life’s assets!  I may be reached @ 1-888-Y Not GOLD or rlewis@whynotgold.com.  Read my articles as well @ www.gold-eagle.com