Here is a comparative graph showing London PM Gold Stocks vs London Gold PM originally presented a year ago which was my highest read article of all time showing the divergence that has never happened before.  It appears that gold has either scraped the bottom and is making its move up or one more bottom may be logged in the near future.  We MAY have one more bottom (triple bottom) as we have been dragging the bottom for a year and enjoying those lows, as astute customers add to their stacks through dollar cost averaging on pricing dips.  However, after saying that, it is obvious that the world is unraveling quickly.  Those in positions of governance, fail to analyze the real issues and necessary solutions.   They pacify their electorate with self serving efforts to regain their re-election to office and end failing their countrymen, their duties and themselves.  Meanwhile these chaotic global concerns have sent gold up $80 and silver $2.50 in jusize=3size=3st two weeks. 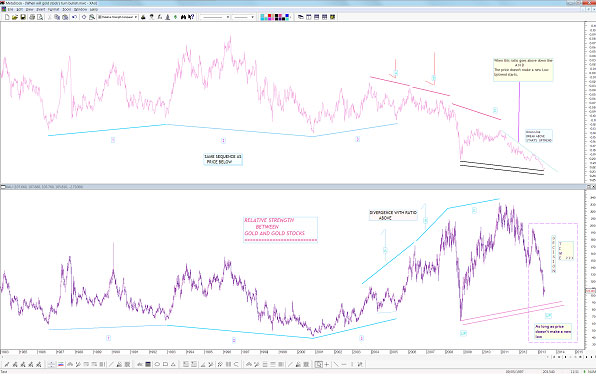 These charts show the relative strength of gold to gold stocks today.  Notice how both appear to flow in lock step as shown in 1, 2 and 3.  However starting in 2006 and 2007 they diverge displaying a rise in gold prices and a drop in gold stocks!  Why?  In 2007, as the U.S. economy crumbled, the housing market disintegrated and it was decided that our government would bail out our banks and gold prices reacted.  China, intelligently, started buying gold as insurance for the U.S.’s economic woes.  Prices moved up even further as demands for gold and silver increased.  Next those in charge of damage control took over and smashed physical gold prices in an effort to keep the constituency in their paper markets to insure the impending theft from the naive populace as they implement the next stock STING.  However, being unable to keep a good thing down, prices continued to rise to a high of $1989 in 2011.  Once again those in charge smashed gold prices regularly in 2012 and 2013.  Mines next drew back production levels  or even stopped production as low or poor profit margins were no longer a worthwhile endeavor.   The uptick rule change made by the shadow bankers and hedge fund managers in 2007 is affecting the naked shorting of the paper gold which is tied to the physical gold market!  More on that in my next article! 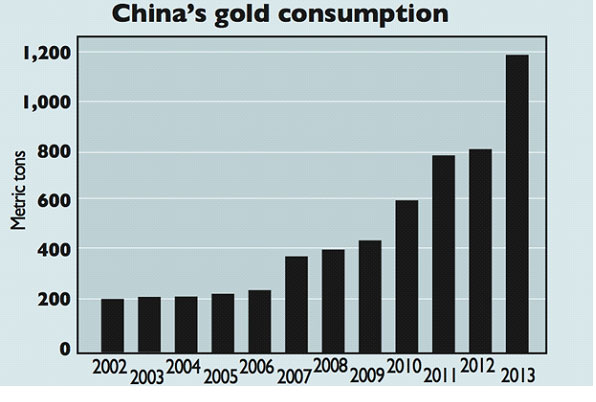 While China spends her useless devalued dollars on cheap gold, emotional American’s will ride the “slope of hope” with their worthless paper to the bloody end, too ignorant to realize the STING they will be handed! 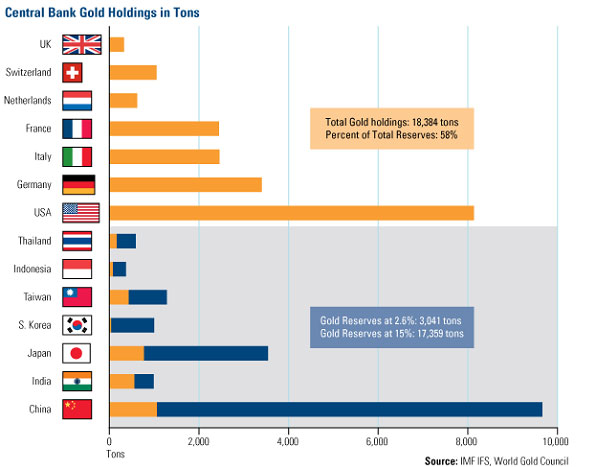 Does anyone believe the IMF’s chart of gold holdings for the U.S. when the private Federal Reserve shadow bankers refuse the people a physical audit and accounting of their supposed gold holdings?