Americans report feeling anxious and depressed about the lives they are living today.  What they are actually feeling is ‘hyperinflation’ defined as a large increase in the money supply not supported by gross domestic product (GDP) growth.  The results are an imbalance in the supply and demand for the money and left unchecked causes prices to increase, as the currency loses its value.

When associated with wars, hyperinflation often occurs when there is a loss of confidence in a currency’s ability to maintain its value in the aftermath, when this happens sellers demand a risk premium to accept the currency by raising their prices.

“This is another fine mess you’ve got us into!”  Oliver Hardy

The U.S. media machine again fails to report the real news that hyperinflation is upon us and this past month we learned why.  Russia has begun to CHANGE their exchange contracts from the U.S. dollar to the Chinese remnimbi and Russian ruble for settlement of accounts.   Andrei Kostin the C.E.O. of VTB bank has stated that, “Given the extent of our bilateral trade with China, developing the use of settlements in rubles and renminbi is a priority on our agenda, and so we are working on it now. Since May, we have been carrying out this work.”   The Deutsche Bank of Russia stated that, “There has been a significant interest in the market from large Russian corporations to start using various products in renminbi and other Asian currencies and to set up accounts in Asian locations.”

Did our leaders NOT THINK that sanctions against Russia would ricochet back to hurt American’s and their dollar fiefdom?   The Kremlin is pivoting towards Asia as it cuts ties with the Western mockery America has become.

What do you call a group of Baboons that are ALWAYS loud, dangerous, obnoxious, aggressive, and the least intelligent of all primates?      A Congress

Now, we discover, Russia has also forgave North Korea’s $11 B. debt clearing a path through the secretive state for a natural gas pipeline from Russia to South Korea.  It is obvious that Russia will win favor with North Korea to get a pipeline agreement through S.K. and solidify their alliance as future allies.

What can we expect are the plans from the world’s orchestrators and power brokers to guarantee that they’ll make trillions off the dollars demise?

Earlier this month John Paulson of Paulson & Co. Hedge Funds sold his aspen ranch for $26 M!  He had made a steal of a deal back in 2008 when he bought Prince Bandar’s $50 M ranch for less than half of its prior cost!  A deal for the “Prince of the Crisis” whose firm made a cool $15 B off the 2008 banking crash by hedging that bank’s would fail!

To accomplish this Paulson and Soros along with other hedge fund raiders, who belong to the Managed Fund Association, manipulated Christopher Cox at the SEC to change the rules of the game so they could play at our expense.  These two rules enabled them to raid the financial markets, generating huge profits for themselves and causing the financial crisis.  In July 2007 the uptick rule was eliminated, a rule initially adopted in 1938 which allowed the U.S. to recover from the Great Depression.  The uptick rule limited short sales to stocks whose last trade was higher than the previous one.  This rule kept “trader raiders” from selling short and causing a stock to drop continuously in price.  This rule change did not, in itself, insure the demise of the housing market but the next rule placed into the scheme insured the STING.  It assured that the dominoes would fall one onto another and turn the entire housing bubble into rubble.

These “corporate bank raider robbers” lobbied for the implementation of the ‘mark to market’ accounting standard to be instituted requiring banks to value their mortgage acquisitions at their current value and not the value at which they had been acquired at.  This meant that as interest rates rose and values of mortgaged properties fell, most likely, a banks book balance would turn negative.  That is exactly what happened, they knew the banks would fail and with their bets in place they, literally, cleaned up.  They made billions for doing nothing but manipulating the system and placing their bets at their house table where the house always wins.

Paulson is purportedly only half as wealthy as George Soros at $26 B.  However, most billionaires net worth’s are understated and if accurately reported they would be even more hated than they currently are.  If Paulson’s purported wealth is $13 B, his homes worth $1B and his Paulson Hedge Fund & Cos. at $20B we are left to wonder what is hidden off shore in Swiss Annuity funds, held in physical gold or funds held in trust to a spouse or children.   The personal net worth numbers released are, most assuredly, only a part of their real wealth hidden using unique accounting methods of the elites.  What we do know is that millions, then billions and next trillions will not be enough.  We know that Soros, the “sordid Wizard of Oz”, intentionally manipulates governments and national economies leaving devastation in the aftermath.  I guarantee that these marauders continue their maneuvers as the magicians behind the curtain.  The question remains, what do they have up their sleeves?  Is the housing market about to crumble?  What are they doing with their cash and will they steal trillions the next time?   You see, “ALL the ways of a man are RIGHT in his own eyes!”

Now IMF is sounding the housing alarm that the world must act to contain the risk of another devastating housing crash.  The data shows that housing prices are well above their historical average in many countries.  This undue acceleration nationally and globally in housing, as compared to incomes and rents, is a major threat to economic stability.  In the wake of the global recession, central bankers cut interest rates to record lows and the true effect has pushed housing prices to unsustainable values across the world.  The money masters history behind the current world depression explains the goal of Whole World economic control, control over all world governments by a very small number of private shadow bankers.

We should suspect that the purpose of the next financial crisis would be to finally take down the U.S. dollar as the stable method of finance of the world.  In the after math’s confusion the international bankers and their new Global Monetary Fund will offer to step in to control their purposeful crisis with crafted solution as the financial control organization of the world.  They would have accomplished pulling off the biggest heist today of the remaining savings of the middle classes their home equity and any paper money they have managed to save.   NOW the magicians will be FREE from ALL government control and the middle classes savings will vanish, snatched and then snug in off shore bank accounts or bailed in banks of the uber rich.

What happens when the dollar begins to die?

THE INFLATION RATE OF 2.5% IS A LIE!  Food and fuel are not included in their inflation equation to manipulate American thinking and those expenses are at the top of monthly costs besides your mortgages.    Hyperinflation has begun and no one will say it or accept the truth that in just 10 years home heating costs are up 145%, gas 108%, college 88%, medical 85% and food 60%.  The dollar is almost dead and what have you done to protect your family?  It is difficult for people to rebel against a system that they are born into, no matter how oppressive IT in fact is?  Paper money with no gold backing is the mechanism for human enslavement.  The gradual enslavement (gradualism) of our banking system has ensnared, trapped and turned a once great thinking populace backwards. 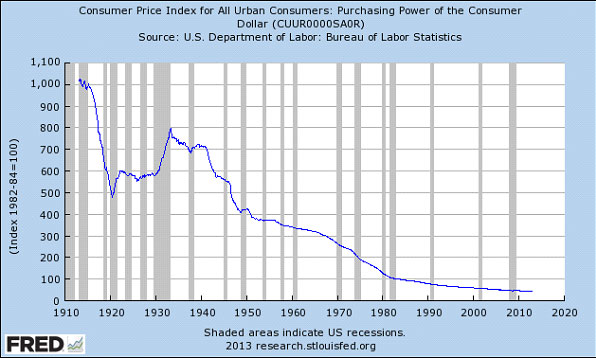 “Those in power create PROBLEMS to stimulate public REACTION and outrage, then channel it to a SOLUTION that suits their purposes with new laws and new aggressions of war that we in turn pay for with our children’s lives, limbs and our lives work.” – Roxanne Lewis